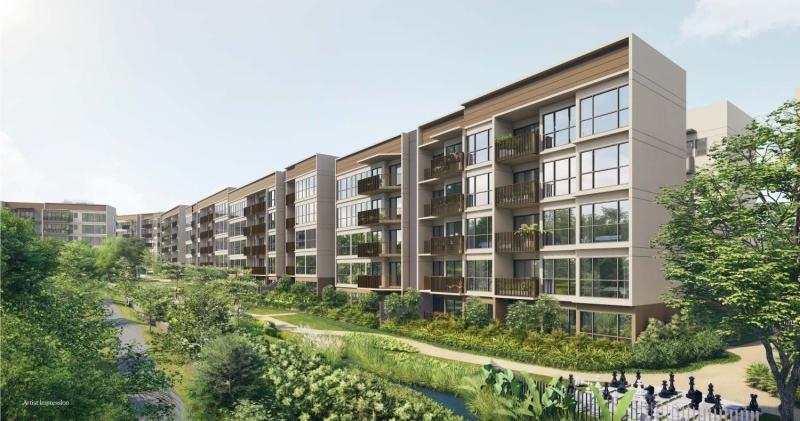 SINGAPORE (EDGEPROP) - Developers in Singapore sold fewer homes in August, down 23.6% from the 1,591 units sold in July.

Read also: Fear of missing out and talk of cooling measures nudge new home sales up 32.2% in Jan 2021

Consultants say that August is typically a quiet month as it coincides with the Chinese Hungry Ghost period, where developers launch fewer homes as homebuyers hold back on their purchases.

Over the month, only two new projects were launched: the 138-unit Klimt Cairnhill and The Watergardens at Canberra, which comprises 448 units. 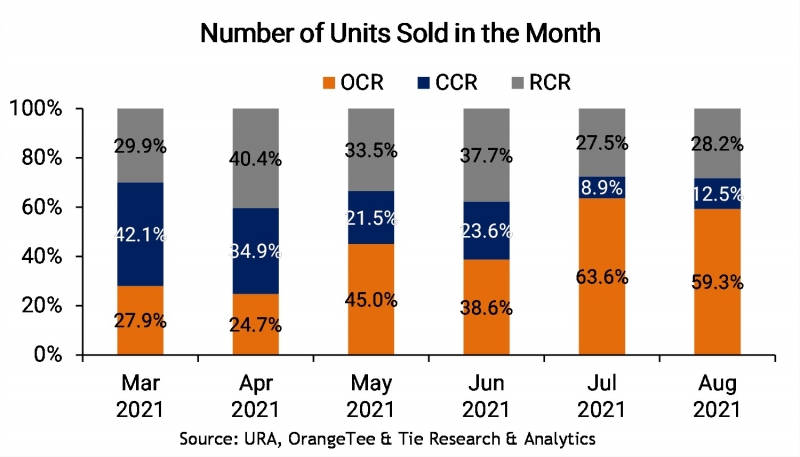 The Watergardens at Canberra sold the most units in August, moving 267 units. Other best-selling projects were those that were launched earlier, and include Normanton Park, The Florence Residences, Midwood, OLA, Treasure at Tampines, Dairy Farm Residences, and Parc Clematis.

The bulk of new home purchases (excluding ECs) fell in the suburban region, where 720 units were sold in the Outside Central Region (OCR), translating to 59.3% of total sales. The city fringe or the Rest of Central Region sold 343 units or 28.2%, followed by homes in the Core Central Region (CCR) with 152 units or 12.5% transacted.

“In the absence of many major launches, demand gravitated to existing launches. Projects in the suburbs and city fringes continue to find favour with buyers due to their affordability and spaciousness,” comments Christine Sun, senior vice-president of research & analytics at OrangeTee & Tie.

Where supply remains limited, prices held firm, Sun adds. Some 55.1% of non-landed homes in OCR were transacted for more than S$1,500 psf, of which 1.3% or nine units were sold for over S$2,000 psf. Of the nine units, eight were freehold private condominiums at Urban Treasures, The Lilium and The Gazania while one was a leasehold unit at Pasir Ris 8, she observes.

Looking ahead, consultants expect developers to ramp up their launches, with sales following through. Some of the upcoming launches include the 696-unit CanningHill Piers at River Valley Road and the 230-unit Perfect Ten at Bukit Timah Road.

Hello, my name is Sze Kiat Tan , a real estate consultant at Huttons Asia Pte Ltd with years of experience. My areas of expertise include condominiums, HDB, landed properties as well as commercial and office space. I understand that each of my clients has different needs and requirements and I treat everyone with the highest degree of service and professionalism. My only purpose is to deliver successful results!  ... Read More